We handle criminal matters and administrative hearings in New York State. We are happy to help with:

Why Hire an Attorney

Hiring an attorney is often the one thing you can do to win your traffic ticket. We know what the officer says and does not say. We know the judges, and try to anticipate the types of arguments they are receptive to. We know your rights, so we can protect them. Very often having an attorney can stop the burden of defending yourself from shifting onto you. If the attorney can establish that the officer failed to meet his or her legal burden, often the judges will dismiss the charge. When you are defending yourself, you are more likely to make admissions on the record, fail to notice errors on the part of the judge, and all you may have on your side may be the truth. Working with an attorney will help you to prepare yourself for the hearing. In most cases it is not required that you appear in court, so hiring an attorney can also have the added benefit of saving your precious time.

You should be aware that NOT ALL TRAFFIC COURTS PLEA BARGAIN. Many people come to New York City expecting to make a deal where they pay a fine but avoid the points – this goes against the policy of New York City’s traffic courts, as well as various other courts in New York State. Where appropriate, our office will negotiate a plea appropriate to your charge and satisfactory to you.

Do Not Be Afraid to Fight Your Ticket

In the United States the burden is on the prosecution to prove that the defendant violated the law. This means that prior to having to defend yourself, it must be established that a violation occurred at all. That means that you do not have to be innocent to fight your traffic ticket: everyone is entitled to a defense. Our attorneys specialize in fighting traffic tickets and are expert in the nuances of the traffic law.

In most traffic courts in New York state you do not have to be present if you have an attorney appear at your hearing in your place.

Having moving violations on your driving record will likely raise your auto insurance prices. Insurance companies expect to be kept informed regarding the health of your license. Insurers generally want to know about auto damage claims, accidents, major violations, and minor violations for up to 5 years back. Legal representation to secure a better disposition will help protect against increases in insurance rates.

If you do not respond to a ticket or fail to pay a fine for a moving violation that you committed in any state except Alaska, California, Michigan, Montana, Oregon or Wisconsin, the Department of Motor Vehicles suspends your New York State driver license until you respond to the ticket or pay the fine. If a driver from a state except these six states fails to respond to a traffic ticket issued in NYS, their driver license will be suspended until the driver responds to the traffic ticket in NYS.

Drivers from other states must contact the DMV in their home state to get information about the effect of a traffic violation conviction that occurs in NYS. 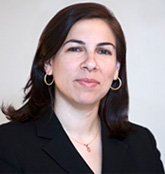 Lauren Asher Rosenthal received a JD from Benjamin N. Cardozo School of Law 2001, and was admitted in New Jersey in 2001 and New York in 2002.